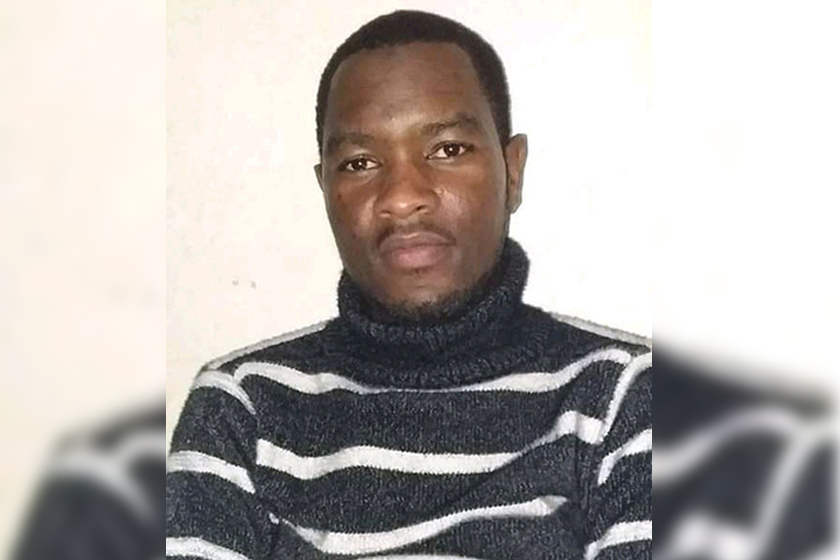 MISA-Mozambique reminds that the 7th October (tomorrow), marks the sixth month after the disappearance of the Rádio Comunitária de Palma announcer, Ibraimo Mbaruko.

Mbaruco disappeared on 7 April 2020, after having been taken away by so far unidentified individuals.

Diligences made to the authorities, namely the Police of the Republic of Mozambique (PRM), the National Criminal Investigation Service (SERNIC) and the Public Prosecutor's Office, have so far failed to produce any clarification of the case.
Before his disappearance, Mbaruco sent a message to a colleague saying: "I am surrounded by soldiers".

After that message, it was never possible to communicate with Mbaruco. Subsequent calls made by his colleague failed to be answered.
The colleague who received Mbaruco's message immediately informed the district authorities, namely the District Administrator and the Police District Commander.
The family presented their complaint to the Provincial Prosecutor's Office in Pemba a week after his disappearance.

The silence of the national authorities on this case was only broken at the end of September when, during a guided tour in Cabo Delgado province with a team of journalists, the PRM Commander General, Bernardino Rafael, was quoted as having made the following statement: "What the FDS did was to prepare a piece of paper, send it to the National Criminal Investigation Service (SERNIC) and the Public Prosecutor's Office to investigate and bring the material truth. Specifically, the FDS has no information on the disappearance of the journalist and the Pakistani businessman. Furthermore, there has been a slight delay in communication between the family of the missing journalist and the authorities" (Publico Journal, Issue Number 518, Year XI, 28 September 2020).

It should be noted that according to Ibraimo Maruco family members, after a long time without any information, his phone was online on 8 June 2020. On that date, three calls from family members were made confirming that the phone was online, although at any time it was answered.
This fact was communicated to SERNIC and the Public Prosecutor's Office in the city of Pemba.

Being the truth, MISA Mozambique would like to make some considerations around the statements of the Police Commander General:
1. Although the family filed a complaint before the Public Prosecutor's Office in Pemba, only a week after the event, it is a well established fact that on the same day of Mbaruco's disappearance, the official authorities, including the Police District Command in Palma, were informed by Mbaruco's colleague that he was "surrounded by soldiers". It is therefore irrelevant that the family's late action was used as a justification for the lack of progress in the investigation; and

2. Even if this had not been promptly reported to the authorities, it is under the law that crimes of kidnapping are of a public nature and therefore do not require a formal complaint for the authorities to be interested in them.

MISA Mozambique also considers that if the telephone of Ibraimo Mabruco rang on the above date according to the family members, and considering the geo-location technology that is supposed to be available in the country, it is possible for the authorities, in collaboration with the entities of justice and the mobile phone company to which the number belongs, to at least locate the antenna from which the telephone received the calls, in addition to verify that it has not been used to make calls or send messages to other numbers.

MISA Mozambique continues to urge the authorities of the Government of the Republic of Mozambique to use all the instruments at its disposal to make further efforts to help clarify the case of the disappearance of Ibraimo Mbaruco.